You're $30 away from free shipping!

Your Cart is empty

Heads-up: we had to remove some things from your cart
Unfortunately, one or more of the things you added went out of stock. This is what we removed:

The artist, who lives between Puerto Rico and New York, explores the beauty and human impact on the coastline in his latest exhibition.

Growing up on the island of Puerto Rico, artist Lionel Cruet was always close to the coast. “The condition of living on an island is that you're closer to the sea anywhere you go,” said Cruet who lives between Puerto Rico and New York. “When I started to understand that at a very young age, my perspectives of the coast changed.” The relationship with the coast that Cruet formed would give him a different perspective than most. “I consider myself fortunate in that sense that I was able to have access and to understand these areas as one that is closely related to me and not just recreational spots,” he said. That would become the starting point for Cruet’s latest exhibition Dusk/Daybreak, on view at Yi Gallery in Bushwick, Brooklyn through September 19. For the series of six 20 X 30 works, Cruet explored Puerto Rico’s vast coastline, walking along its sandy shores to reconnect with its beauty, while researching the negative human impact on it. He extracted rich color samples from photographs he took, layering them atop one another to allow for a nuanced portrayal of the coastline filled with more depth than traditional picturesque seaside images. We caught up with Cruet to discuss the genesis of Dusk/Daybreak, his process, and his favorite beaches in Puerto Rico.

How did you come up with the idea for the series of works in Dusk/Daybreak?

Dusk/Daybreak, came out of research that explores the relationships that lie on the liminal spaces of our coastal environment: this has been a subject of long interest in my artistic practice. There are many ways on how humans engage with these spaces. Since new technologies take part in our daily life, our sense of orientation in space has totally shifted. Now we are able to see landscapes from bird sight views, understand currents of water and wind, erosion that happens through time, and even our human impact. These environmental spaces have multiple perspectives, there’s no longer a sole horizontal perspective; a concept that the filmmaker Hito Steyerl expands in the journal In Free Fall: A Thought Experiment on Vertical Perspective [https://www.e-flux.com/journal/24/67860/in-free-fall-a-thought-experiment-on-vertical-perspective/], under the title of the A Brief History of the Horizon. With these things in mind, I started walking, documenting and creating a photographic archive in a quest to find other ways to can capture the essence of these spaces that evoke much more than just a mere perspective of the cliché of a beautiful sea vista, but rather capturing time, the effects of light over surfaces and the appearance of new elements that mark our presence in them. From that point of departure, I started this series containing six unique pieces, each measuring 20 by 30 inches. Each piece arises from this photographic source that later I composed. The final result is a complex image composed of multiple images combined into one. When you look closely, they uncover elements of the environment as well the waste that I find lying on the beaches while I walk.

What coasts did you visit?

All the artworks are composed with photographic images of coasts in Puerto Rico and the USVI.

What kinds of things did you discover?

One has to think that the beach coast is a complex environment. A challenging space, because it is where the point where the land and the water meet; it is also where multiple forms of life converge; and the idea of the horizontal aspect of the water meets the vertical space of the land. In addition, the preconceptions and ideals that we have of the beach itself that has been related to leisure, pathways of communication tied up to the development of cultures around the world and mystery of this space that is home of so many life forms. More so, one of the things that I keep coming across during my walk is an eclectic field of elements. Organic and non-organic a mingle of sand, water, branches, shells, carcasses of shellfish all the way to beer cans, cigarette buds, plastic bottles and caps that take space and are a proof of our existence and impact changing the landscape.

Tell me about your process making the pieces.

The process to compose the artworks took more than a year. I began with a series of images and a digital archive. From those images I digitally extracted some color samples (orange, yellow, blue, black) and created the ink deposits on paper. Later through a process of giclee printing and layering color I go to the final results. The colors allude to the transitions of daylight seen in the sky at sunrise and sunset. A moment that obscures our sight between clarity and opacity. 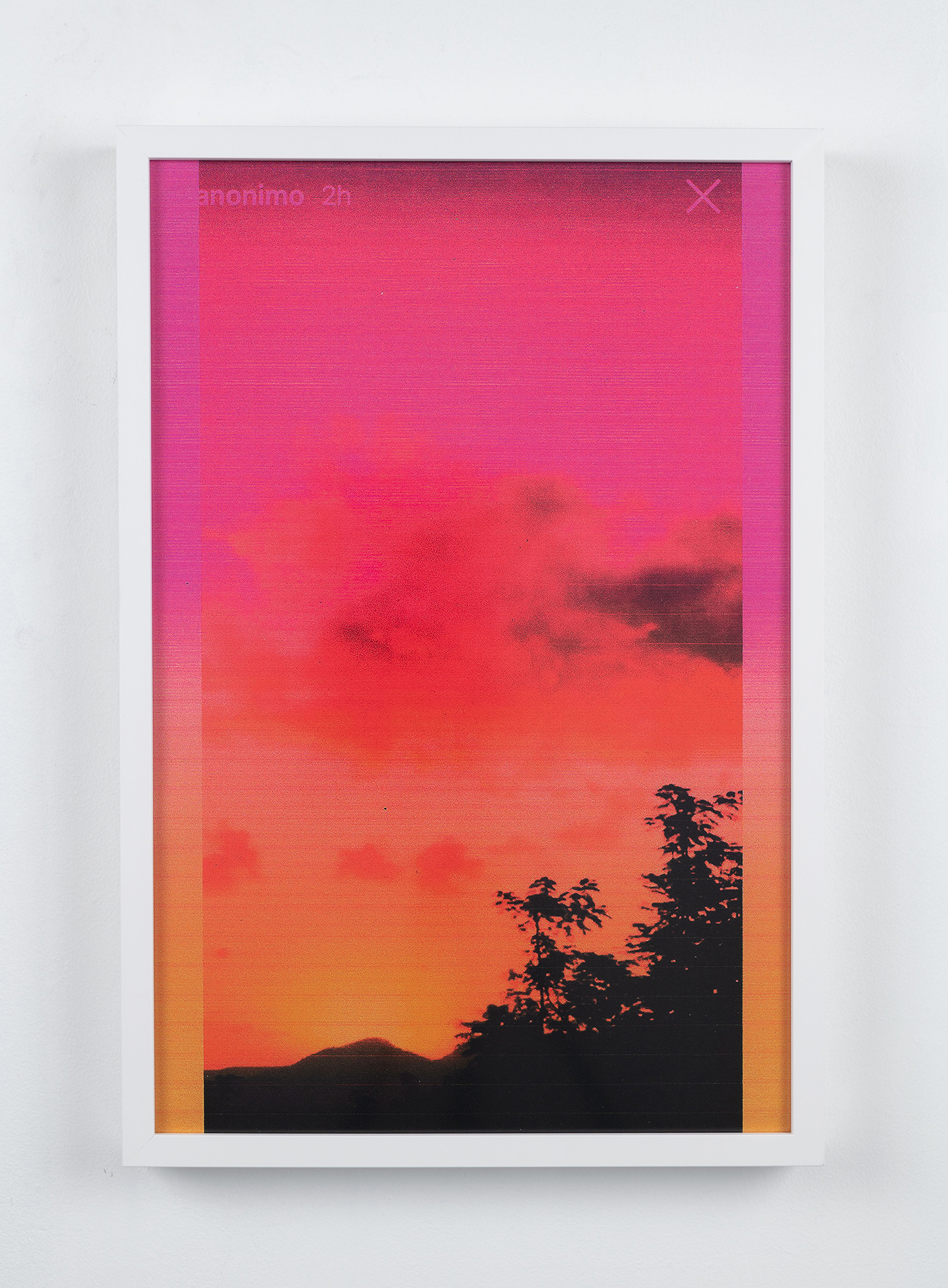 How have the events of this year affected your practice?

In one way or another it has affected. Sadly, my studio space has despaired and I’m in a current transition of workspaces. Now I’m optimistic and hopeful that all these challenges can only make us grow stronger.

What are your favorite beaches in Puerto Rico and why?

Interesting, I’ll start by saying that all of them are my favorites. But I will isolate three that concern me the most. The first one is Playulea and the ongoing fight against a hotel development threatening the biodiversity of the region. Second, the overcast future of el Corredor Costero de Manati where new laws are supporting 'sustainable developments' for the area. And the third one is the delicate state of Bahia de Jobos en Guayama making it an ongoing dispute between the community and industries that threaten its natural state. An area that is so important as it is where four different types of mangroves grow and provide shelter to many species and provide protection from storms and hurricanes.

What did you learn while creating the work in Dusk/Daybreak?

It's a combination of learning experiences. Exploring different modalities of investigating to create; which involves field walks—very much like the art of walking from Richard Long—to the process of reading, investigating and testing materials and how these can lead to groundbreaking results. Also, the idea of working with people who see and believe in my work as well share the intentions I have through my work is of strong value.

Have you been going on walks during lockdown? What do they do for you?

Absolutely, I have always done it, before, during and after the lockdown. They are a way for me to connect and to keep grounded that the world around is not only what we make, that there is a world out there to learn from.

What is next for you?

Exciting and honored to be selected as a (r)Evolutionaries Team 2020 Design Science Studio at the Buckminster Fuller Institute and I was selected as a participant to the ICA Institute of Contemporary Art Miami and Knight Foundation Art + Research Center (A+RC) Summer Intensive that has a focus on current climate issues. Please save the date because from October 10 to December 1, of 2020 I will be participating in an exhibition titled The Future is LATINX, at the Art gallery at Eastern Connecticut State University. A promising exhibition of excellent latinxs artists.